Following the successful completion of conversion works, the French emergency tug "Abeille Normandie" was handed over to the customer. 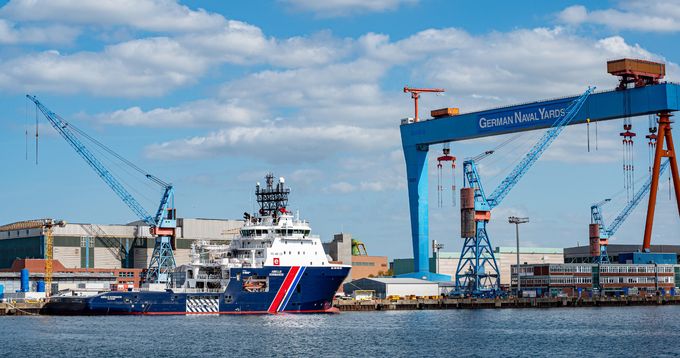 The high-performance tug, which arrived at the shipyard in September, has been extensively converted over the past few months into one of the most powerful emergency towing vessels with rescue capabilities. The 91-meter-long and 22-meter-wide vessel, with its increased power of 282 tons of towing capacity and 20,800 kilowatts (28,300 hp), will be available to the French Navy as a multifunctional emergency tug.

As a special feature, the ship has been given a rescue capacity to accommodate 300 shipwrecked persons, as well as a modern fire extinguishing system for high seas fires, and can thus be used in a variety of ways.

After all the necessary tests and final inspections and the functioning of all the equipment on board, the official handover to the customer, the French shipping company "Les Abeilles" from Le Havre in France, took place today. The shipping company deliberately opted for conversion instead of new construction. By refitting the tug for new tasks, not only was the service life of the tug extended, but a contribution was also made to the careful use of resources.

The sister ship "Abeille Méditerranée" is currently undergoing final outfitting and will be delivered on schedule at the end of May. The ship will then be stationed off the French Mediterranean coast and replace the tug "Abeille Flandre".

"With the successfully completed conversion of the high-performance tug, the existing portfolio of German Naval Yards has been selectively expanded. The project has once again proven the importance of the intensive skills and specialized knowledge of our shipbuilders and engineers," said Rino Brugge, CEO of German Naval Yards.

With a festive handover ceremony at berth 6 of German Naval Yards in Kiel, one of the largest and most modern emergency tugs in the world left the port of Kiel heading to France. 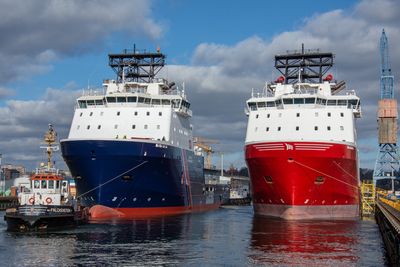