Sigh of relief for the crew of the “WILSON TYNE”: After the general cargo ship was damaged in the small lock of the Kiel Canal in Brunsbüttel about a week ago, the NOBISKRUG team has now finished repair of the bow damage. 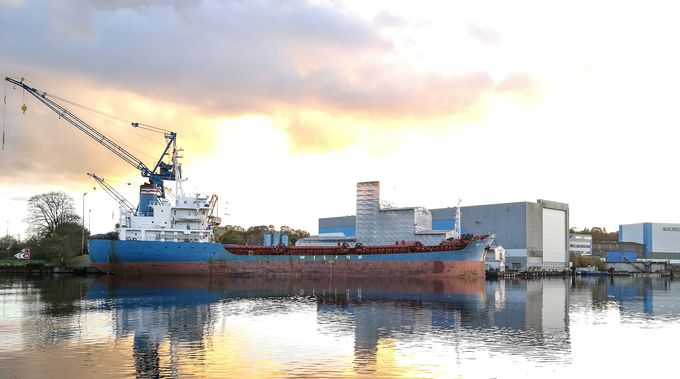 After the collision the cargo ship fastened at the eastern quay of the Rendsburg shipyard. Subsequent to the thorough inspection NOBISKRUG’s repair team immediately started with the necessary repair measures. For this the damaged hull was renewed on the starboard side; a docking of the 111 m long vessel was not necessary here.

“We are pleased having been able to successfully finish the works at “WILSON TYNE” within a very short period of time” Bernd Wittorf, Director of Refit & Repair, comments the short-term order adding: “Long downtimes signify an immense loss for our clients, especially in the commercial shipping. With our experienced and efficient repair team we are able to avoid such downtimes. The direct connection of our shipyards to the Kiel Canal in Rendsburg and Kiel enables us to react quickly and flexibly to emergency repairs”. 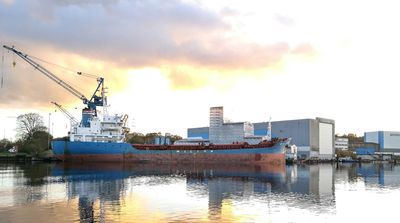