During his tour of the Schleswig-Holstein’s shipyards, Dr. Bernd Buchholz, Minister of Economic Affairs, visited  NOBISKRUG in Rendsburg. Beside the information about the general order situation he also received details about the promotion and support of young people on the shipyard. Latter was impressively demonstrated: the Minister was taken on board on the recently completed training-project “BAGALUT” – a 12 m tug boat designed and built by the apprentices. In this way, on the way to the shipyard, Dr. Buchholz got interesting insights into the daily routine as well as project specific information. 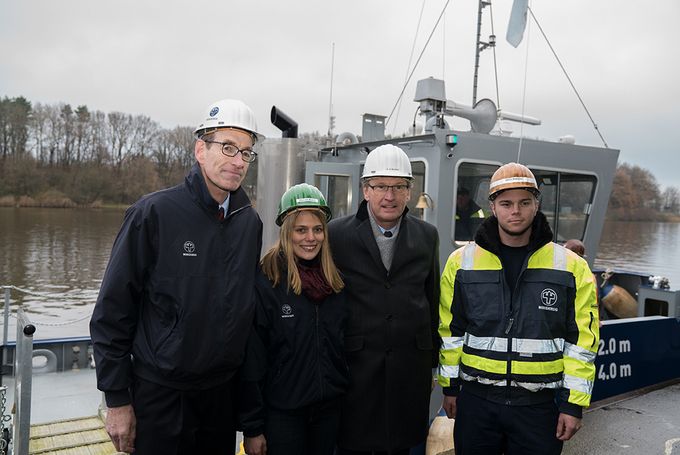 “Simply awesome and absolutely exemplary that the management not only allowed but also supported such an apprenticeship project”, Dr. Buchholz - who is Minister of Employment of Schleswig-Holstein at the same time - commented the successful project result.

During his visit, the Minister addressed praising words for the highly skilled employees of our shipyard saying that from his point of view “the expertise leading to such a market-leading position in the field of yachts is absolutely sensational.” 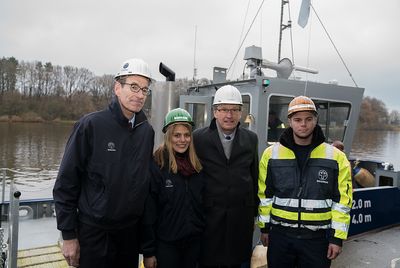 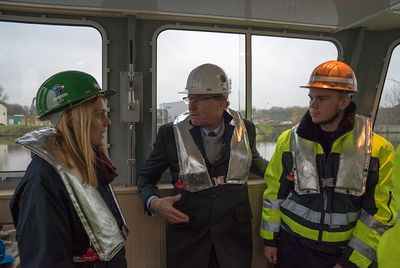 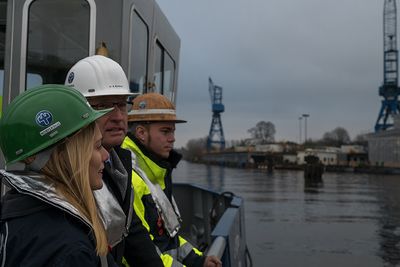