Shipyard period concluded: After extensive maintenance tasks and a successful sea trial, NOBISKRUG’s refit & repair team officially handed over “OSTE” (A52) to the vessel’s crew. The fleet service vessel left the shipyard heading to the naval arsenal in Wilhelmshaven. 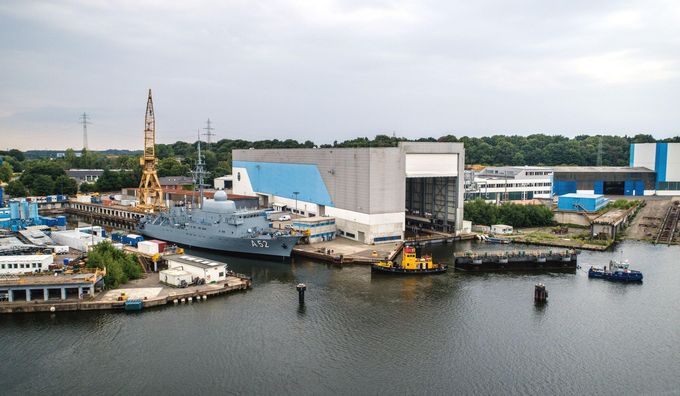 “We are very pleased to deliver a fully functional and safe platform to the crew of OSTE,” said Bernd Wittorf, Director of Refit & Repair, about the successful repair and added, “due to its numerous operations, the German Navy is absolutely dependent on downtimes being kept to a minimum without any loss of quality and safety. Our shipyard group follows this premise in every order. The fact that, the costumer entrusts us with the corvette “MAGDEBURG” (“Braunschweig-Cass”), another vessel of their fleet, confirms our everyday work. “MAGDEBURG” is curently undergoing repair in dock 2 at the NOBISKRUG shipyard.”

During the shipyard stay, “OSTE” received not only a comprehensive mechanical and electrical overhaul but also a new preservation of the complete underwater and surface vessel as well as the tanks. In addition, the interior was renewed and the approximately 83 m long naval vessel was subjected to the so-called SBU (“shipbuilding inspection”). For the first time, this was executed under the new regulations of the BAAINBw (Federal Office of Bundeswehr Equipment, Information Technology and In-Service Support). In the course of inspection of the vessel’s steel structure by the employees of TÜBw (technical supervising office of the Bundeswehr), it was necessary to gut large parts of the naval vessel commissioned in 1988. This step implied that the commissioned work package to beextended by additional measures, so that in agreement with the customer, the initially expected shipyard time was prolonged accordingly. 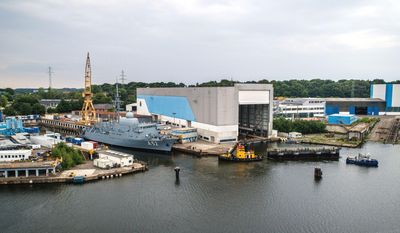