Construction of the 75-meter “ATAIR” was successfully completed in the given time- and cost schedule.  With a solemn handshake the survey vessel‘s steel hull being built at the Kiel shipyard GERMAN NAVAL YARDS KIEL was handed over to the general contractor yard FASSMER. The ship is being built by order of the BSH (Federal Maritime and Hydrographic Agency). 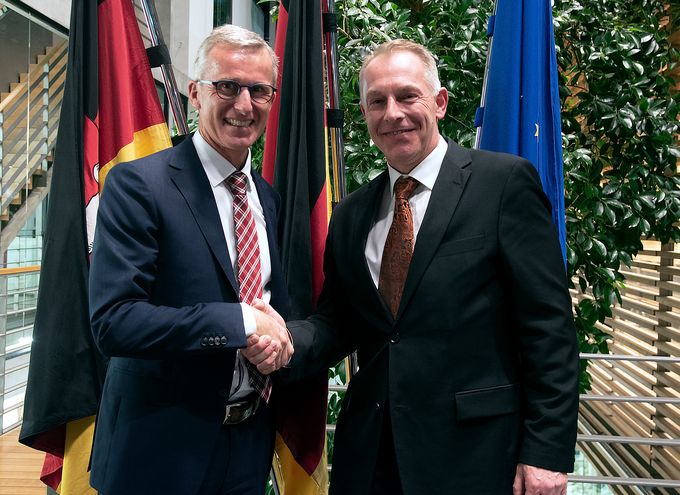 Harald Fassmer, CEO of FASSMER said: “Thanks to the excellent cooperation with our partner GERMAN NAVAL YARDS KIEL we manage to complete the building of the most modern authority vessel of the Federal Republic of Germany in due time and in state-of-the-art quality. We are extremely pleased about the good and trustful teamwork with our colleagues in Kiel and are already discussing further common projects“.

Jörg Herwig, CEO of GERMAN NAVAL YARDS KIEL, added: “We are proud to be able to hand over such a complex vessel once more in due time and within budget. A significant factor for this project‘s success was especially the close cooperation with the FASSMER shipyard. This is the best example for German shipyards being excellent in cooperating together.”

“ATAIR” is the first sea-going survey, wreck search and research vessel with LNG propulsion. It is the first cooperation of the two shipyards. The 114 Million new construction is planned for delivery to BSH beginning of 2020. 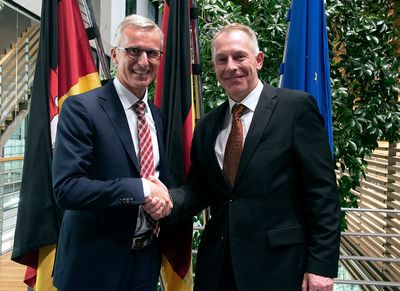