In the course of an approximately two hours tour the Minister President gained an insight into the versatile work of the shipyard in Kiel. Accompanied by Managing Director Holger Kahl and Director Naval Sales, Dr Jörg Brechtefeld, Daniel Günther was able to obtain an impression of the diverse production processes of highly complex new ship constructions. Trainees of the shipyard introduced the most important production stages to the Minister President. 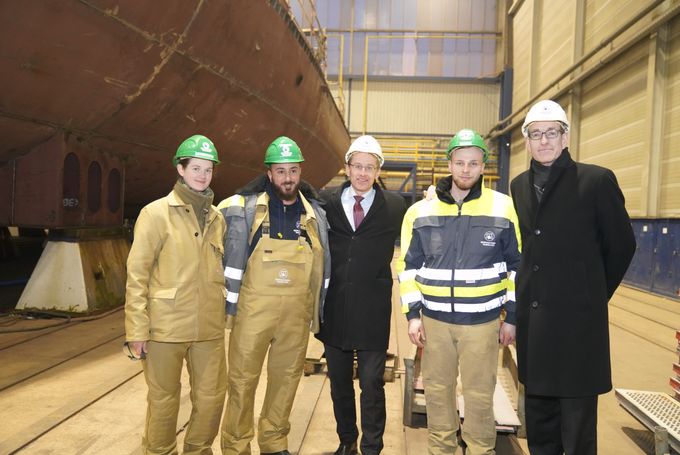 René Stiem and Tolga Furun, both prospective construction mechanics, presented the important landmark of the start steel cutting including the supply of parts while showing the plasma cutting machine and the moulding press. Sophie-Charlott Hoeft, who is a welder trainee, welcomed the Minister President in one of the big shipbuilding halls, where the big block assembly production is located. The trainees explained the leading role of GERMAN NAVAL YARDS KIEL and the subsidiary companies of the German shipyard group – NOBISKRUG, LINDENAU and GERMAN NAVAL YARDS Services – as employer and training organisation in the region.

Daniel Günther was fascinated by the commitment: “The dimension of the shipyard, the size of the shipbuilding halls, the docks and utilised machines are impressive. This impression was only exceeded by the enthusiasm, with which the young junior employees of GERMAN NAVAL YARDS learn their trade, daily apply and improve it.”

The Minister President furthermore appreciated the performance of the management: “In the last ten years great work has been done. GERMAN NAVAL YARDS is an excellent employer in this region. They develop products which are not only innovative but also leading on a global scale.”

Another tour highlight was the visit of the approximate 100 meters high located Sky Lounge at the 900 tons gantry crane of GNYK. Mr Kahl and Mr Dr Brechtefeld continued the presentation of the shipyard with a stunning all-round view of Kiel and its Fjord. On this occasion they explained, guided by the principle “shipbuilding in the true North – driving force for growth and innovation”, the complexity but also innovativeness of the shipbuilding sector as well as its local and national importance to the politician.

“We had the special opportunity, to introduce our shipbuilding world to Mr Günther”, said Managing Director Holger Kahl after the meeting. “It was important to us, to point out, that our shipyard group is an important economical column in the region – as employer, but also in cooperation with a large number of associates, subcontractors and suppliers.”

The three shipyards GERMAN NAVAL YARDS KIEL, NOBISKRUG and LINDENAU dispose of a network of more than 200 local associates only in Schleswig-Holstein. Within Germany the network consists of even more than 400 subcontractors and suppliers. Depending on the size of a project and the requirement, more than 300 companies from Schleswig-Holstein, Germany and Europe are actually involved in the construction of a new ship. 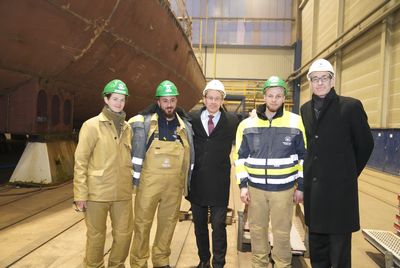 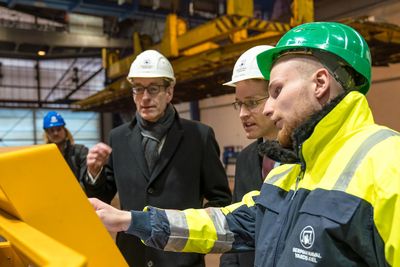 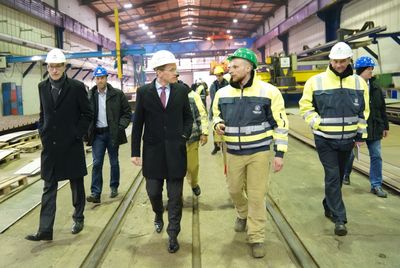 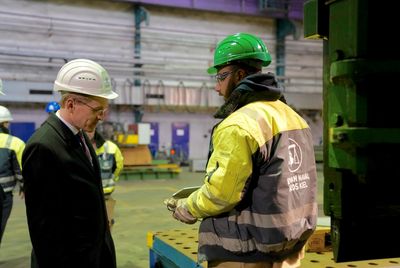 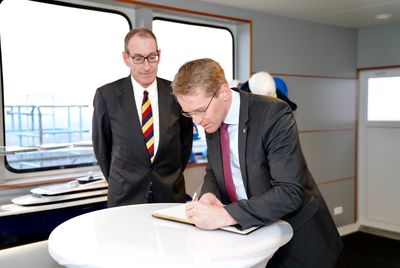 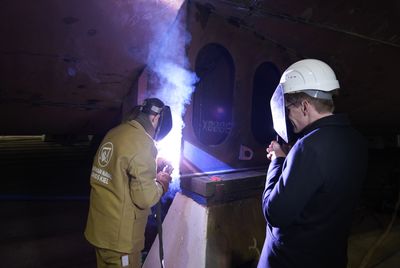