The fundamental principle of NATO as a defense alliance is burden-sharing. Exactly 70 years ago, a number of states decided to divide the task of securing peace in the world between several shoulders. Germany joined the so-called North Atlantic Treaty in 1955 - and in retrospect this can be seen as a favorable, wise and far-sighted political decision. Never before in history has our country experienced such a long lasting period of peace. But today of all days, in times of many conflicts and crises in the world, Germany is struggling to bear the burdens of security with determination: the Bundeswehr lacks the equipment to be able to fully meet its alliance obligations. 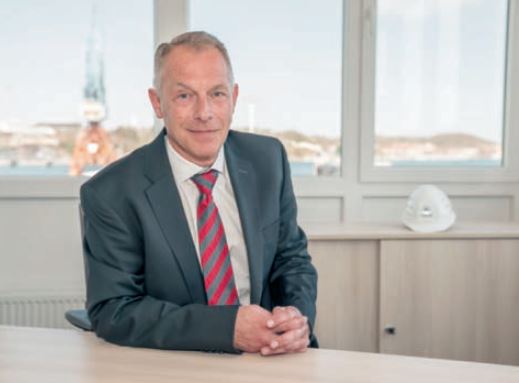 With the construction of the multi-purpose warship 180, or "MKS 180" for short, Germany now has the opportunity to fundamentally modernize at least its navy and to arm it for current and future threats. In terms of variability and operational capability, the MKS 180 clearly surpasses the ships already in the service of the German Navy. The decision to award the contract for the largest naval project of the German post-war period is to be made before the end of this year.

But what makes this ship so special? The MKS 180 will be able to defeat targets in the air, on land as well as above and under water. Whether monitoring sea areas, combating piracy, humanitarian aid, enforcing arms embargoes or supporting special forces and evacuation operations - the new ship will be designed for all these tasks. A major innovation will be expand-ability. By equipping the MKS 180 with mission modules, for example for submarine hunting or mine defense, it can be adapted at any time to different operational tasks. In addition, the MKS 180 will be able to operate continuously for up to two years in a single operational area.

Technologically, this ship is a huge step forward. And it is precisely for this reason that it is crucial that German companies are assigned to build the ship. Only by participating in such challenging projects Germany can further develop its technological competence in naval shipbuilding.

At present, Germany has too few ships at its disposal in view of the increasingly tight world security situation, which, in addition to the extensive deployment obligations, can also implement a credible "power projection". The F123 class frigates commissioned in the mid-1990s are increasingly coming into service and the highly specialized AAW F124 class frigates are not really suitable for long-term low- to medium-intensity operations. The F125 frigates are mainly designed to support stabilization operations, while the K130 corvettes complement the frigate's capabilities and are particularly suitable for smaller operations in marginal seas and coastal areas.

In view of the changed operational realities, where in particular a scalable and sustainable weapon system is needed for worldwide deployment, the MKS 180 is urgently needed.

According to all statements, Germany wants to assume more responsibility internationally. The Federal Government is thus automatically renewing its 1955 commitment to share the burdens of the North Atlantic Alliance. Because peace in the world cannot be secured by diplomatic and humanitarian means alone. The German Navy is already involved in numerous peacekeeping missions. With the MKS 180, however, Germany will assume a leading role in the Alliance on the sea and thus be able to make a very significant contribution to peacekeeping in the world. 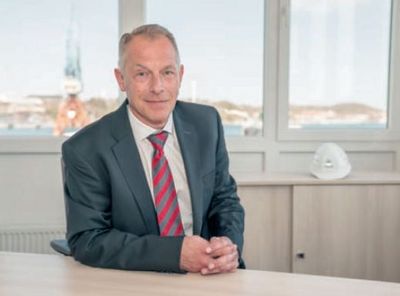