The nine-person delegation from the province Zhejiang was led by Mr. Xia Baolong, Party Secretary, one of the leading representatives of the province with 50 Mio. inhabitants situated at the Eastern Chinese Sea. 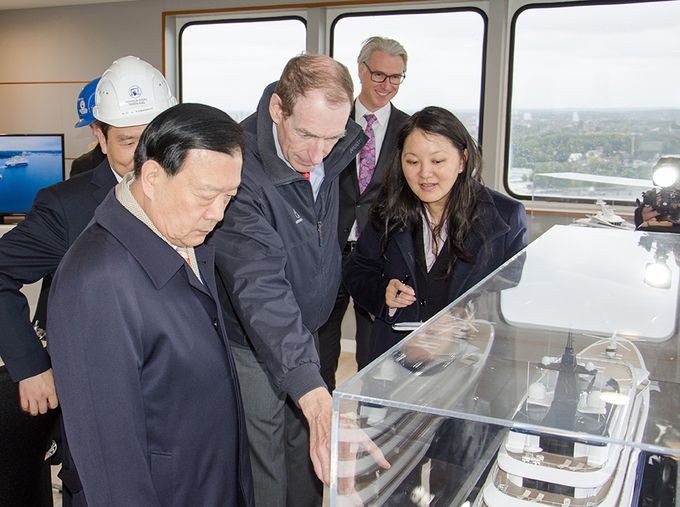 “Shipbuilding connects and builds bridges”, adds Holger Kahl to the assumption of the Party Secretary, that already in the beginning of the 20th century – long before the partnership between the Chinese province and Schleswig-Holstein was established – ships built in Kiel have probably been delivered to the Chinese Imperial fleet.

The guests were evidently impressed by the facilities of the shipyard and were able to note that in Kiel the unique German engineering and craftsmanship is being continued on the highest level.

The visit – headed by Mr. Kurt-Christoph von Knobelsdorff, Deputy State Secretary in the Ministry of Economics of Schleswig Holstein – rounded off with the obligatory entry in the shipyard’s guest book in the “Sky Lounge”. About 100 m above the shipyard this conference room, situated on the 900 t gantry crane, offers the best view over the regional capital, the shipyard as well as the new vessels at the piers. 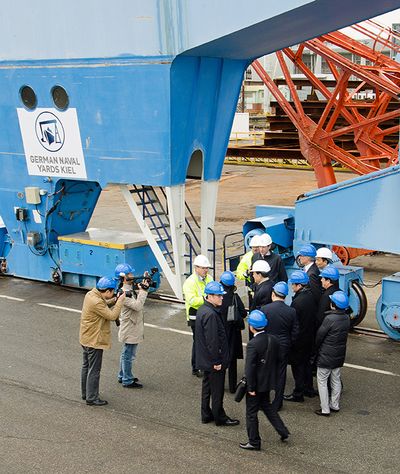 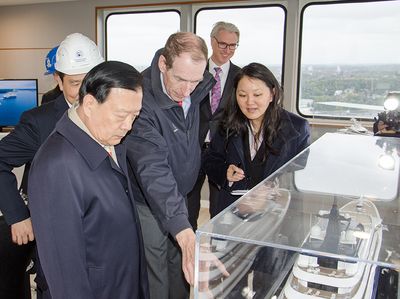 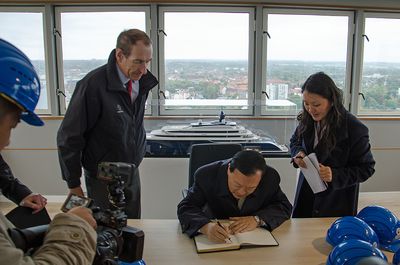