The currently largest ship in the German Navy has arrived yesterday in Kiel for preparations for the deployment of the integrated Naval Rescue Centre (iMERZ). New cranes and a launching device for the tenders are also to be integrated. 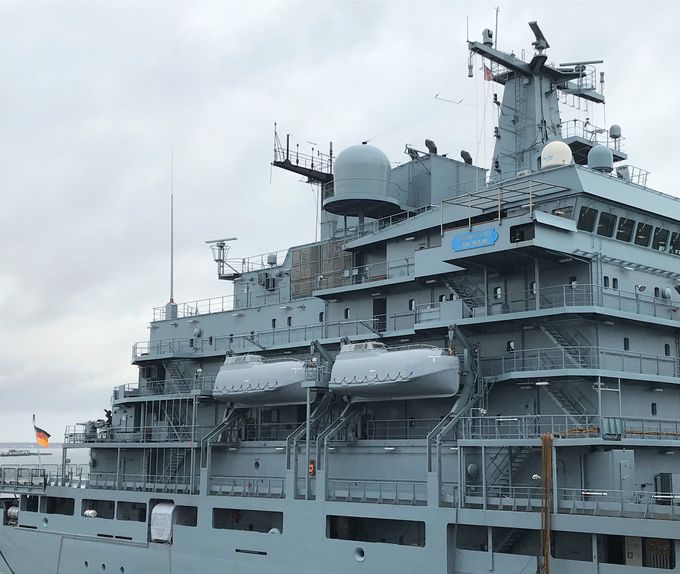 The construction of the "iMERZ" project was launched in September 2019 and demonstrates the good cooperation between shipyard, supplier industry and German Navy.
"This closeness and ability to cooperate is the strength of German naval surface shipbuilding and leads to new, innovative ideas", said Jörg Herwig, Managing Director of GERMAN NAVAL YARDS KIEL. The “iMERZ" production is on schedule and is currently entering the "hot phase", according to Project Manager Bernd Wittorf of GERMAN NAVAL YARDS KIEL. The shipbuilding work is nearing completion and after the conservation work the equipment will be installed. The medical equipment is supplied by ZEPPELIN MOBILE SYSTEME (ZMS) from the Lake Constance region. It shows once again that complex naval projects like the "iMERZ" can only be realized together with specialized suppliers from all over Germany.
Until 2015, a container-based Rescue Centre had been installed on the "Frankfurt am Main". This was destroyed by a fire in 2015. With the refitting on the "Frankfurt am Main" Rescue Centre, the ship will then have a complete hospital. The "iMERZ" consists of an integrated infirmary, two operating rooms, an X-ray room, a dental technology department and various laboratories to ensure the operational readiness of the German Navy at sea. 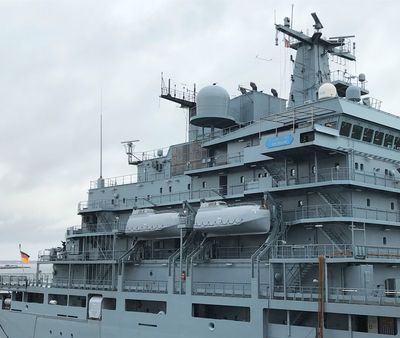