Festive event: On Thursday, the 1st of February 2018, the German shipyard group GERMAN NAVAL YARDS honored the successful completion of training of their eight apprentices employed at its facilities NOBISKRUG, GERMAN NAVAL YARDS Kiel and its common administration GERMAN NAVAL YARDS Services. All of them are taken over into an employment relationship. 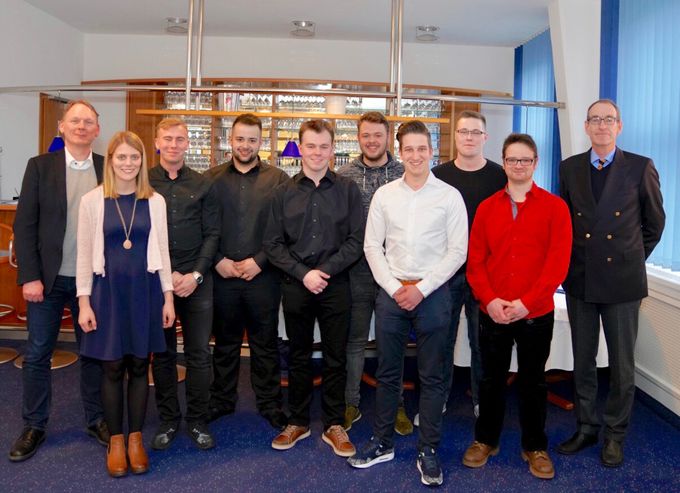 The ceremony was attended by the representatives of Human Resource Management, Work Councils of Kiel and Rendsburg, Training Manager of each graduates as well as members of their families. CEO Holger Kahl and Human Resource Director Dirk Petersen honored the engagement and great achievement of the talented youngsters: “The successful graduation is another milestone in your life. We would like to thank you all for this rewarding period of apprenticeship. It fulfills us with pride and joy.” Petersen furthermore emphasized: “Education and training are very important values for us, as you, being young professionals, secure the future of shipbuilding in Germany. We are delighted that you have chosen to stay with our shipyard group.”

Following the official speech, the graduation certificates were handed over and the achievement of each apprentice was highlighted with warm words and a present.

Wencke Busch, as the only female graduate, was also honored as a newly qualified industrial clerk of GERMAN NAVAL YARDS Services for her shortened training time. 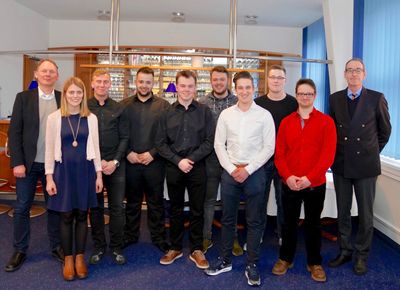