We want to win the tender

The procurement procedure for the contract to build the multipurpose warship 180 is in its decisive phase. The offers from the Dutch Damen Group and the German Naval Yards shipyard are being evaluated by the armaments authority in Koblenz. GNY boss Jörg Herwig is a combative man. 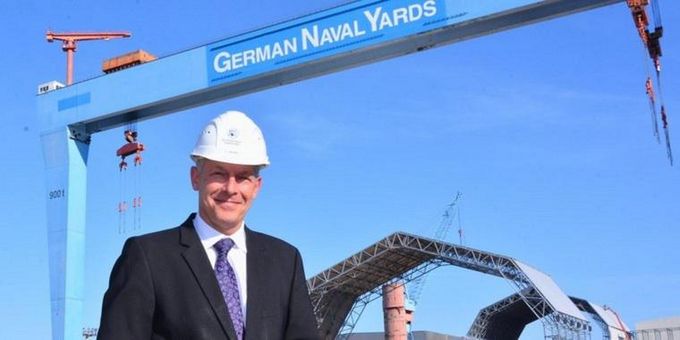 Mr. Herwig, the tension is rising regarding MKS 180. How hopeful are you of winning the race?
Jörg Herwig: As a shipbuilder, I cannot rely much on the principle of hope. We at German Naval Yards are able to build a technologically complex ship like the MKS 180 together with our German partners. Our clear message is therefore: we want to win the MKS 180 tender and bring the billion-dollar project to Germany. The project is of great importance in terms of security policy and industrial policy. And Germany needs naval shipbuilding which is internationally competitive. And finally, shipyards on the North and Baltic Seas are needed for geostrategic reasons. MKS 180 is therefore a key project for Germany in many aspects.

How much work has the Kiel shipyard invested in this process so far?
Temporarily, more than 100 employees were working on the project only at the shipyard at the same time. In addition, there are the numerous partner companies with whom we worked intensively during the bidding phase. In order to be able to submit the best possible offer, we also included Thyssen Krupp Marine Systems (TKMS) as a subcontractor.
This merger ensures that we have the best engineering know-how in Germany. We are well prepared and ready to build the most modern surface vessel in the history of the German Navy.

What impact would the contract have on Kiel as a shipbuilding location?
It is far too short-sighted to just take a look at Kiel. The city will undoubtedly benefit enormously from the contract because German Naval Yards is based here and will create many new jobs. Much more important, however, is the fact that the MKS 180 can provide a boost for naval shipbuilding as a whole: Local surface shipbuilding suffers from the fact that for years there have been hardly any orders from Germany. In the case of the MKS 180, about 70 percent of the value added takes place outside the shipyard. We as German Naval Yards will involve more than 200 partners from all federal states in the project.

In the past, there have always been delays in the construction of new ships for the German Navy. What assurance does the Navy have, that it will be able to receive the ships on schedule and with the required capabilities when it comes to the MKS 180 project?
The answer is quite simple: We at German Naval Yards have recently proven that we can deliver technologically complex ships on time and within budget. For example, as a subcontractor for Thyssen Krupp Marine Systems we built two modern Meko A-200 frigates for the Algerian Navy in a record time of 44 months.
The fact that we have been able to build four corvettes for the Israeli navy with TKMS also speaks for our capabilities. We are also part of the joint venture Korvette 130, which we are building together with Thyssen Krupp Marine Systems and Lürssen for the German Armed Forces. We also rely on such partnerships and cooperations within Germany for the MKS 180. These are the facts.

What would be the consequences for Germany as a shipyard location if the contract was finally assigned to Dutch competitor Damen?
In military terms, MKS 180 is a high-performance frigate. By outsourcing this type of ship to the Netherlands, Germany would automatically be thrown back in frigate construction. Without the MKS 180, the frigate 125 would be the last large ship completely developed and built in Germany. This generation of ships is based on a design that is now several years old.
That means for Germany: We have to keep up with the technological development! Only by doing so will we meet our claim to be a leading power in Europe and in the Alliance! The Federal Government's plans to make surface shipbuilding a key national technology underline exactly this! 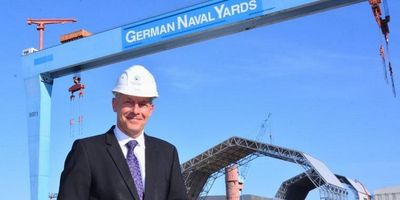