Ready for operation: The steel construction department of the Rendsburg NOBISKRUG shipyard finishes the maintenance works of both lifting barges DP2610 and DP2611 belonging to WSA Brunsbüttel (Waterways and Shipping Authority) and thus delivers the two 300-ton heavy weights in time.

The works on the abt. 34 m long and 6.5 m wide barges each, having been ordered by the Bauhof Rendsburg, were executed by NOBISKRUG on the site of sister shipyard GERMAN NAVAL YARDS Kiel.

Beside maintenance works on mechanical building parts, for example winches, the former hydraulic aggregate was replaced by a more powerful and combination of a modern power set and an electrohydraulic unit. Furthermore new lifting ropes with a length of more than 100 m and a thickness of about 60 mm were installed. An impeccable quality of the ropes is mandatory for safe operation because during transportation the sliding gates of the lock in Brunsbüttel and Kiel-Holtenau will be fixed with help of the ropes on the lifting barges. Thus they are being stabilized and lightened.

“We are very pleased about the professional work of NOBISKRUG’s steel construction”, Sebastian Rabbe, Deputy Director of the Bauhof Rendsburg, comments the project adding: “The additional order was also delivered in time and in convincing quality by the NOBISKRUG-Team.” 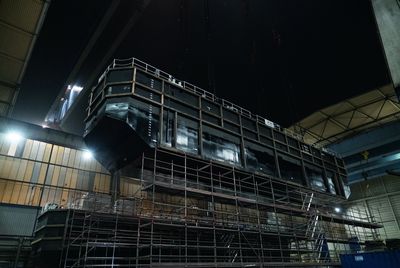 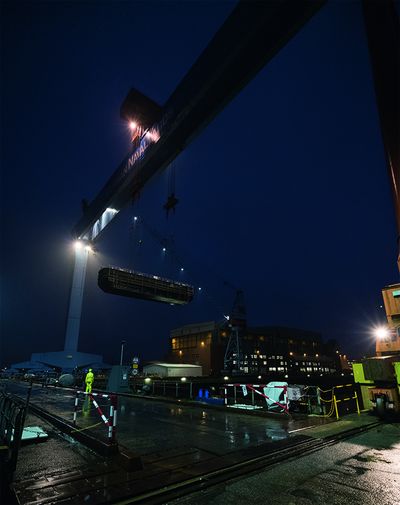